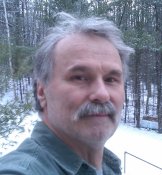 My training in radiation biology began with coursework and practical research experience at Florida State University, where I applied what I learned to write a book titled Anti-Nuclear Nutrition: Background and Principles for Reducing the Internal Radiation Dose After Nuclear Contamination or Nuclear Disaster, written for my Master’s degree in Nutrition. It is both a general text on the fundamental principles of radiation biology and a specialized volume about protecting yourself against internal emitters, i.e. against radiation exposures from radionuclides entering your body through air, food, and water. Antinuclear Nutrition is your textbook for this course, freely downloadable when you register for my free NukeWar radiation protection email course.

After Florida State, I went to U.C. Davis on the other side of the country to get my Ph.D. in Physiology, where I took more coursework to earn a minor degree in Radiation Biology, which as is common in graduate school sometimes included teaching the subject. Earlier at Florida State I had worked hands-on with radioactive materials in a laboratory doing sex hormone radioimmunoassays, and at U.C. Davis I gained more hands-on experience working with radioactive materials on a daily basis in a physiology research laboratory studying the microcirculation. One of the things you learn when you work with radioactive materials is how easy it often is for them to become dispersed accidentally. And the history of radiation biology includes many incidents of radioactive materials spreading through the environment and exposing people to damaging and sometimes fatal radiation in the aftermaths of nuclear bomb testing, the nuclear attacks on Japan, nuclear fuel cycle waste emissions, and the numerous nuclear accidents that have occurred in the United States and around the world.  The future history of these kinds of events is what I want to teach you to understand and protect yourself from.

For me radiation issues are a bit personal: my father was the first man to willingly fly an airplane into the mushroom cloud of an atomic explosion to collect bomb debris samples, and the VA later denied his radiation-related health claims; during the Cuban Missile Crisis I was a child living at Homestead Air Force Base in South Florida which if the conflict had escalated would have been one of the first places hit by Russian atomic missiles; and in my early 20’s I was inadvertently exposed to a small quantity of high-level reactor waste in a minor nuclear accident. Later in college, learning about the many nuclear contamination events that have occurred in the U.S. and worldwide led to my developing a social conscience about nuclear power and weapons, sufficient to get myself arrested for protesting at the Nevada Test Site. So you can see how I have been soaked in and taught and written about radiation biology and associated nuclear topics for years, the most important elements of which I’m now dedicated to teaching you.

Please share my educational materials with your friends, as it’s my goal to help as many people as possible get through the impending nuclear war(s) with the least harm and best possible quality of life afterward for them and their families.  Who knows, you might even save some lives besides your own.